Remembering the old is a multi-part series discussing the most famous old cartoons in the history of animation. Our first cartoon might be the greatest and most legendary of them all: Looney Tunes. The toon and franchise has, for generations, entertained and marked the live of many among us. Originally, the toons were a compilation of shorts, ranging between 6 and 10 minutes, featuring a variety of characters Daffy Duck, Sylvester, Tweety, Yosemite Sam and Taz, with Buddy, Porky Pig, and Bugs as the main stars.

Back in the early days, when the franchise debuted in the 1930s, the Looney Tunes were primarily in black in white, evolving into color in the early 1940s. By 1969, the series ended its regular run, though repeats were broadcast across various channels for decades afterward.

Among the most famous episodes was “Duck Dodgers in the 24½th Century“, which later spawned a full cartoon. Currently, the Looney Tunes characters appear in Cartoon Network’s revival of the franchise, The Looney Tunes Show. The latest rebirth has brought an entire new generation of fans to the group, starring characters like Bugs Bunny and Daffy Duck in an entirely new light, with many homages to the originals.

I made my avatar!
View all posts 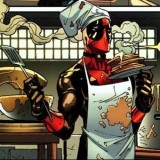 I made my avatar!