Ranma ½ tells the story of Ranma Saotome; a 16 year old boy who was trained from early childhood in martial arts. In one of his training journeys with his father, the two fell into a cursed spring. How cursed, you ask? Well, now, when he’s splashed by cold water he becomes a girl. Oh yeah, and when when he’s (she’s?) splashed by hot water, he turns in a boy again. That would make for an odd trip to the water amusement park. 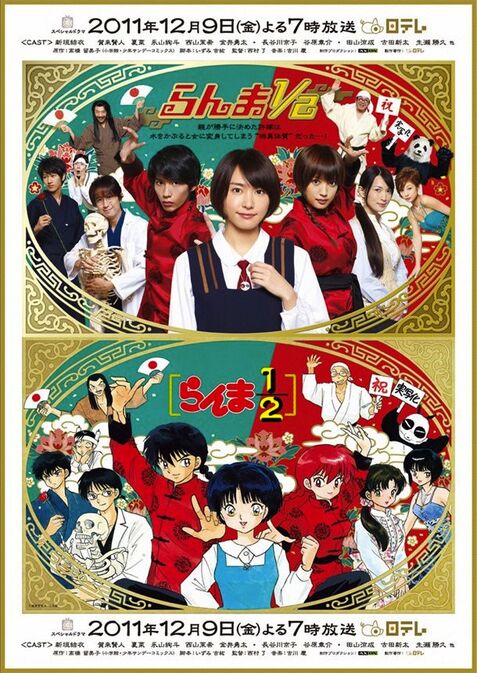 The anime was extremely popular among American fans (I personally loved the anime) but a live action special seemed to catch everyone by surprise. Takashi, the creator of the anime, said when she saw the story develop, and the all-star lineup involved, she knew it would be very amusing, if anything.

On December 9th, the live action anime, Ranma ½, took form in Japan. There’s no word yet on an official port, but American fans can sit and wait until a dubbed version is released – or hits the internet. Stay TOONed.

I made my avatar!
View all posts

A decree from the countess of cartoon storytelling: a book review of Animating Short Stories by Cheryl Briggs

One of the most popular videogame franchises in history comes to ...

Jerry Jones and Adventure Time: The reasons why fans feel off about Cartoons the last several years…

What does Jerry Jones, the owner of The Dallas Cowboys, one of the ...

These Autobots have definitely been hiding, though not necessarily in ...