The main star of Disney’s The Pirate Fairy is of course Zarina, but it also features several characters that are already familiar to us – such as Tinkerbell, or Peter Pan’s future nemesis, the cabin boy James Hook. However, another character that will be familiar to fans of Disney’s Peter Pan franchise will be introduced in the Pirate Fairy, namely the cute little amphibian, Crocky.

We’re not going to reveal too much in here, but exactly what role Crocky will play when it grows up should already be obvious to anybody familiar with the Peter Pan mythos. In case you’re having trouble getting the hint, this video clip of the cute baby croc should jog your memory:


Additionally, Disney has released a bunch of cool and exciting activities that you can enjoy after (or before!) watching The Pirate Fairy. You can access the fun Piratey Coloring & Puzzler Pages below: 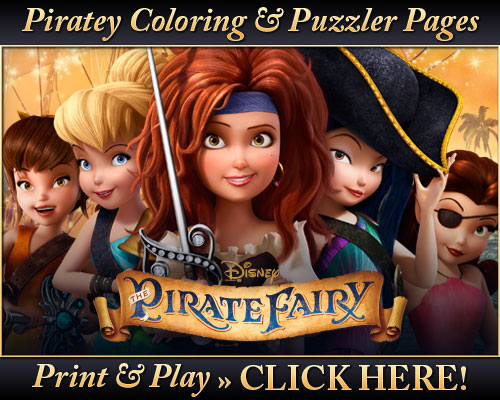 A cowardly and treacherous Toonbarn blogger who can transform into a McDonnell Douglas F-15 Eagle. Secretly wants to replace Toonbarn Rob as leader of the Decepticons.
View all posts

Jerry Jones and Adventure Time: The reasons why fans feel off about Cartoons the last several years…

What does Jerry Jones, the owner of The Dallas Cowboys, one of the ...

These Autobots have definitely been hiding, though not necessarily in ...

The 2004 CG-animated movie Spookley the Square Pumpkin is getting a ...

Bakugan is standing tall, like an awesome one. Spin Master’s ...

WarnerMedia’s Cartoon Network channels in Asia are adding a ...