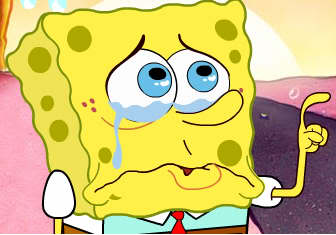 While considering the introduction to this article, I came to realize that there is no need for an introduction. Nothing of Hillenburg’s profoundly successful series isn’t already well known by most of the world. Spongebob has taken the world by storm, and has remained at the top of the childrens’ cartoon game for years– likely to not change for some time, especially with the talk of the next feature-length motion picture in the works. But the success of Spongebob SquarePants is only a small part of this article. What I plan to discuss here is the development of the series, and what it has become today: Is Spongebob still as great as it once was?

Since it’s debut in 1999, I’ve been a huge fan of the series. From a comedy point it is one of the few cartoons in history to perfectly balance the entertainment demographic from childhood to adulthood. From an aesthetic point, it has been among the most hailed cartoons in animation history, giving us wildly imaginative character designs, unique character personalities, and highly enjoyable animation direction. But at least two of these major achievements seem to have fallen short in recent seasons.

The character personalities, much more specifically Spongebob himself, have become so static as to make it difficult to endure at times. For the most part, the other characters have remained fairly close to their original personalities, but Spongebob has taken an acute turn toward flat. Where Spongebob’s character used to revolve around his naivity, good-nature, and confidence, we are now being given a Spongebob who’s entire character seems to boil down to a chubby-cheeked, blank-faced agent of pure irritation with an overtly flamboyant, whiny voice. What was once a side-effect of the character’s nature has become the only element of the character himself.

It has been considered by some that this new path the series has taken may be a satirical response to criticisms of the show. It has been said that the show has no educational value, that the title character’s personality is flat, and of course the ludicrous criticism that Spongebob and Patrick share some kind of homosexual relationship. While this wasn’t the case in earlier seasons, these latter seasons do tend to mirror those criticisms. The episodes rarely have a coherent story arch, Spongebob seems to exist for NO other reason than to irritate Squidward, and the voice acting has clearly taken a more stereotypical tone of flamboyance. While I do not necessarily subscribe to this idea, I can see where the argument comes from. I should hope that the working crew for the series wouldn’t intentionally strip the cartoon of all merit for the sake of what truly boils down to an odd sort of vengeance, but what criticisms once could be considered out of place are beginning to have credibility.

Beyond even these issues, there has been a major turn in the animation direction of the series. Aesthetically, the iconic set of “Spongebob faces” has become far more twisted, at times to the point of visually unsettling. To me, it almost seems as though the show is trying to pick up too much on what made Ren and Stimpy such an iconic series, by going even further with the disturbing visuals that made Ren and Stimpy such a mesmerizing series. But where Kricfalusi drew the line as far as detail was concerned (no pun intended), Spongebob is pushing the envelope into areas that are at times nauseatingly obscure.

Consider this face, from earlier in the series:

And now this face, from (if I recall correctly) the film:

There are many others, far more unpleasant than the latter, that came in following seasons, but I’ve had difficulty finding screen shots of them. There is one I found many of, but I’ve not personally seen the episode it may or may not have been used in, and given the penchant for individuals on the internet to manipulate photos of beloved cartoon characters, I’d rather not advertise them without being sure.

But needless to say, these faces have become starkly irrelevant to the matters of the episode at times. Where the first image would make just about anyone at least chuckle, the latter is somewhat confusing, where we can’t entirely be sure what the emotion actually is, and doesn’t seem to bear the hallmark of the family-friendly atmosphere of the Spongebob series. To me, it almost brings to mind Beavis and Butthead. That isn’t to say anything negative of that series, I’ve enjoyed it as well, but obviously the strange, though vague, crossover of style is off-putting.

While I’ve spent much time, of which I consider not wasted, enjoying the years of Spongebob’s reign over Nickelodeon, I have in recent years fallen from viewing it, and find myself looking for another cartoon to watch if I notice that it happens to be a newer episode. Sometimes I even find the mood to watch the series, and search my On Demand listings for older episodes if I see that the network is currently airing episodes beyond a certain season. Unfortunately, I can think of no example in cartoon history where a series returns to it’s former grace and glory, so I do not expect the desired relapse into it’s classic style any time in the future. It may be soon that we see the series finale, perhaps in the coming two years or so, or perhaps with the release of the second film, and I give much of the weight of this conclusion to the decline in the quality of the series in the avenues I’ve discussed in this article. Hillenburg has made a wonderful, memorable mark on the industry, and if the series is to continue on the path it has taken, I think it may be time for Spongebob to hang his Krusty Krab hat for good. For me, it is a series already sorely missed, and I hope Hillenburg brings to us another cartoon of the caliber that Spongebob SquarePants had claimed once upon a time. 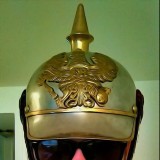